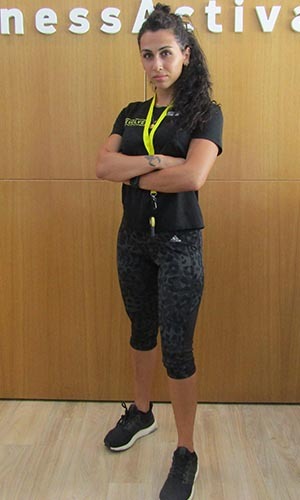 Maria one of our Fitness Trainers here at Evolve Fitness & Wellness.

Constantinos is an Operations Manager and one of our Fitness Trainers here at Evolve Fitness & Wellness. He graduated from the University of Nicosia in Cyprus with distinction from the BSc degree in Sports Science.

He was also recognized by the School of Sciences & Engineering of the University of Nicosia for his achievement as “the 2nd best Graduating student in BSc Sports Science”.

He deals in Bodybuilding for the last 10 years and in a participation in a Body Building contest, he won the first place in classic category 1.70+ and first place overall.

He serviced the army in Special Forces for two years.

Constantinos works as a personal trainer for the last 3 years. 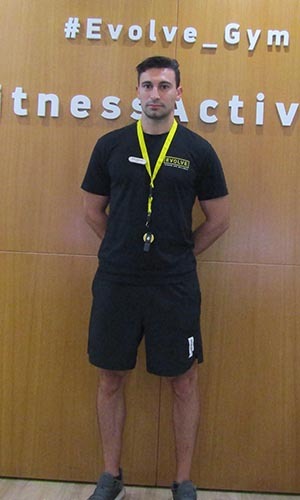 Professional Experience:
• Swimming Instructor for kids at Ginger Pool, Latsia
Teaching the basic skills of swimming to children from age
3-12, organizing pool activities, Lifeguard duties.
• Instructor at the Academies of GSP, Nicosia.
Teaching the basics for all track and field sports focusing on the improvement of muscle strength, endurance, flexibility, mobility for kids 6-12.
• Gym Instructor at New Life il Sportivo Gym, Nicosia.
• Tae-Kwo-Ndo Instructor at AGO scheme in Cyprus Sports Organisation (CSO)
Teaching the basics of Tae-Kwo-Ndo to children from age 6-12.
• Instructor for Outdoor activities at Go out, Cyprus
Planning and execution of the activities, guidance for the activities, supervising the participants and responsible for the health and safety part of the event.
• Strength & Conditioning Coach for People with Special Needs and Professional Athletes
Strength & Conditioning Coach for National & European champion of Track & Field Stavros Spirou.

Panagiotis one of our Fitness Trainers here at Evolve Fitness & Wellness.